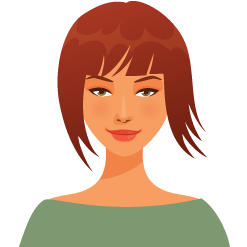 Pedestrian Accidents: Can You Sue The City If You're Hit By A Car?

If you get hit by a car before you could cross the street, a personal injury attorney can go after the driver for careless and negligent driving. But what if the driver accidentally ran into you because something blocked his or her view, such as tree limbs hanging beyond the sidewalk? Can you sue the city for negligence as well? If the attorney finds that the city is responsible for the trees' maintenance, then the answer is yes. Here are things you can expect from the lawsuit against the city.

Before you bring a lawsuit against your city, your personal injury attorney investigates the scene of your accident. When most pedestrians become injured on the street, the drivers of the vehicles that hit them are usually at fault. In your case, the driver who hit you blames the accident on overgrown tree limbs.

The city may argue that it's not responsible for maintaining the trees in that area and that the residents who live there are. After learning this information, you may ask the attorney to close your case against the city. You shouldn't do that.

The attorney will gather evidence to determine who is responsible for the trees' maintenance, and whether or not the trees blocked the at-fault driver's view:

Take Pictures of the Scene

If there are overgrown tree limbs blocking the viewing path of drivers from more than one angle, the pictures will thoroughly document it for your case.

Interview Residents Who Live Near the Accident Scene

After taking the photos, the personal injury lawyer interviews the residents living near the scene of the accident. The attorney may ask if the residents own the trees, and if they cut or prune the trees' limbs themselves.

You should keep in mind that if the city requires residents to prune or cut tree limbs that extend over the city's property, and they don't do so, your attorney can pursue a case against the residents instead.

Once the attorney examines the pictures, interviews the residents and determines who is responsible for your accident, he or she moves forward with your lawsuit.

It takes the investigative skills of a professional personal injury attorney to build a case against the person or entity responsible for your accident. If you have concerns about suing the city for your accident, contact your attorney like Vaughan & Vaughan today for more information.